This research aims to map and analyze the institutional designs of the parliamentary ombudsman in Brazil and the pattern of action that prevails from his/her relationship with the public. A qualitative approach was used for this case study, focusing on document analysis of formal resolutions of state assemblies as well as the information provided on their websites. A case study of the Legislative Assembly of Minas Gerais (ALMG) was also created in order to better understand how the work of the ombudsman is structured and how the interactions of such with other officials may be relevant to his/her performance. The case study determined that the parliamentary ombudsman is constituted as an access mechanism for citizens, amplifying the opportunities for them to present their demands. However, the ombudsman is neither a communication nor a participation channel.

Thales Torres Quintão, 29, from Belo Horizonte (Brazil), is currently a PhD Candidate of Political Science at the Federal University of Minas Gerais (UFMG). He graduated with a Bachelor’s in Social Sciences in 2009 (PUC – Minas). He has a specialization degree in Management, 2012 (UFMT). In 2015, he earned a Master’s degree in Political Science at UFMG. His research interests are: civil society, democratic theory, political participation, democratic innovations, and participation and deliberation mechanisms of the legislative branch in Latin America. 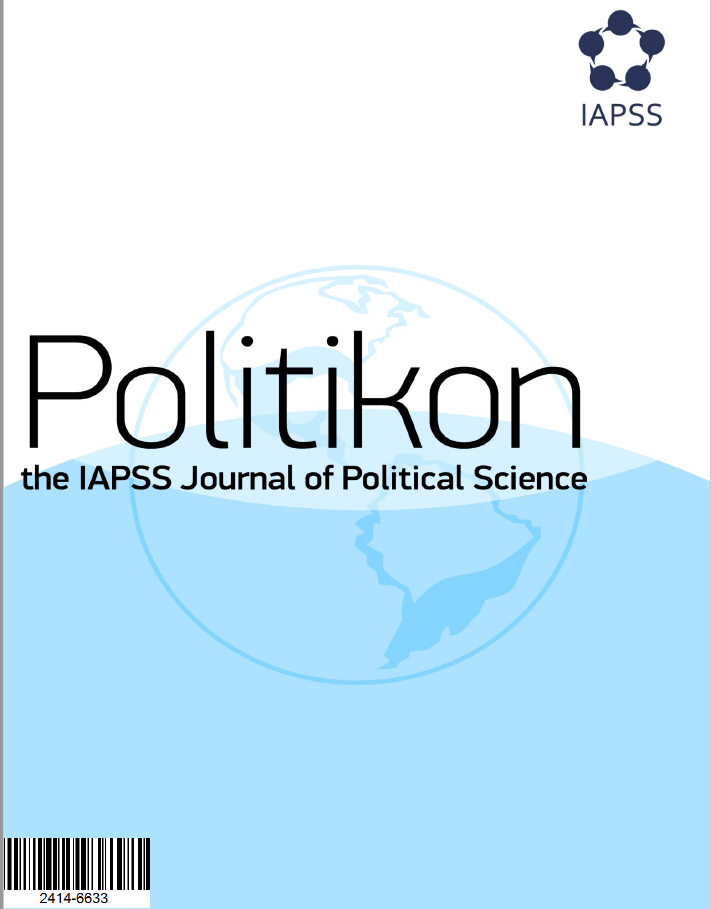 Politikon: The IAPSS Journal of Political Science by https://politikon.iapss.org/index.php/politikon is licensed under a Creative Commons Attribution-NonCommercial 4.0 International License.

Please visit our submissions page for the submission guidelines of the journal.